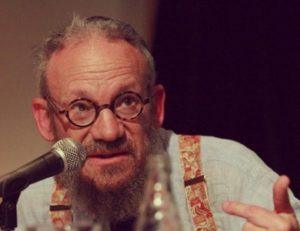 Professor Daniel Boyarin began his education at Goddard College and earned Masters of Hebrew Literature at the Jewish Theological Seminary. His Education continued with a Masters of Semitic Languages at Columbia University where he did his thesis on The Babylonian Aramaic Verb According to Codex Hamburg. He was awarded a Doctorate Degree in 1975 from the Jewish Theological Seminary of America upon completion of his dissertation on A Critical Edition of the Babylonian Talmud, Tractate Nazir. Today Dr. Boyarin is the Hermann P. and Sophia Taubman Professor of Talmudic Culture in the departments of Near Eastern studies and rhetoric.

Dr. Boyarin has written 12 books, ranging from rabbinic ideas about sexuality to the relationship between psychoanalysis and Judaism. He currently has several books in the works and under contract with various publishers. His academic interests are broad but lately he focuses on Judaism and early Christianity. He is writing books about the apostle Paul and the Jewish aspects of Jesus. He resides in the United States but also has an Israeli citizenship.